NEXT: Jupiter Picture from Hong Kong

Efrain Morales is a frequent contributor to this blog. Representing his excellent astrophotography skills, Efrain's works range from Mars, Jupiter, Uranus, Neptune, Saturn to the Moon and ISS. He takes all those photos with a DMK 21AF04.AS astronomy camera.

Last month, Efrain managed to captured some stunning views of Jupiter and two lunar craters. Here are the pictures and the quotes from his e-mail: 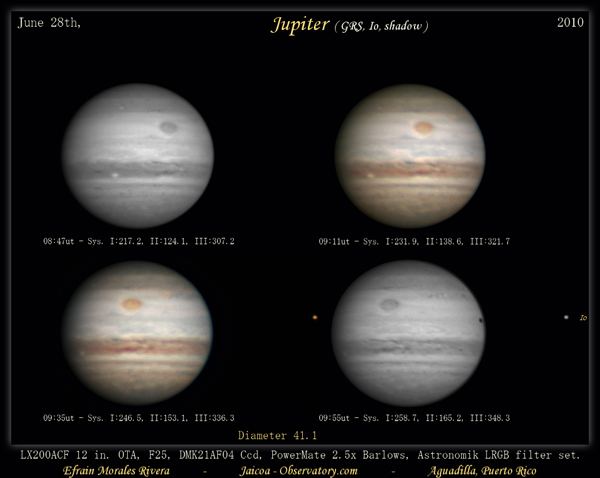 Here is my latest session of the grand planet Jupiter with its well known storm (GRS) and one of its moon Io coming into view in its transit. 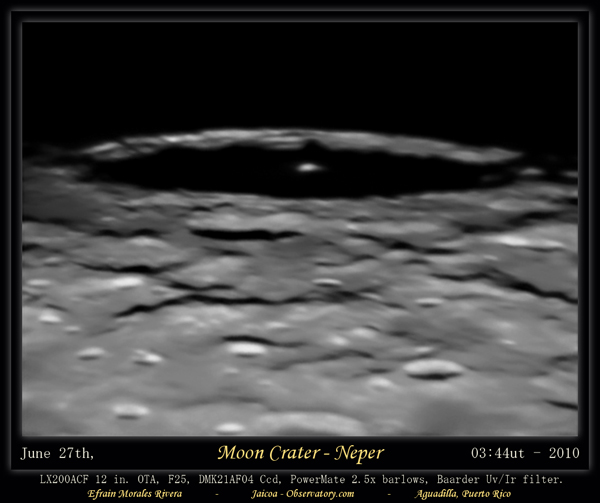 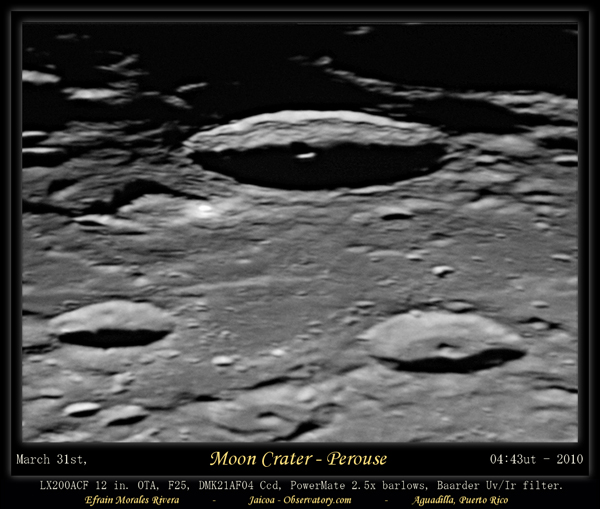 Some Moon crater images seldom taken and located at the eastern limb, They are Crater La Perouse selected LPOD (Lunar Photo Of the Day) on the first of July ( http://lpod.wikispaces.com/July+1,+2010 ) and Crater Neper also located in the same region and taken with my trusty DMK 21AF04.AS CCD camera, Clear Skies.

NEXT: Jupiter Picture from Hong Kong
-