Blogged by Xiao Sun on June 8, 2010 and tagged with Sample Images, Moon.

On last weekend we received more than a dozen astronomy pictures from Bernd Eser, a German astrophotographer located in Oberthuerheim, southern Germany. Bernd sent us so many fascinating pictures in one e-mail that I decided to do a series of posts for him. Today the post is about the images of the Moon.

Bernd photographed all his pictures with DMK 21AU04.AS and DMK 41AU02.AS astronomy cameras. The other equipments include: Meade LX200 GP14″ f/10 with Baader IR Pass filter, and a Baader FFC for Moretus and Tycho shootings.

Bernd processed 1300 pictures in Avistack, with 25%-30% utilized. Other software: Astroart 4 and Photoshop. For the image of Tycho he used Image Analyzer in addition.

Photography time is displayed in the format of yy-mm-dd-hh-mm-ss in the caption. 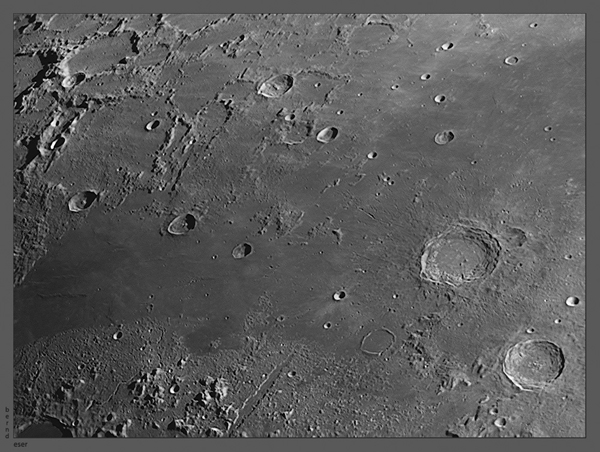