PREV: Sharp View of the Moon

Blogged by Xiao Sun on January 22, 2010 and tagged with Sample Images, Mars.

In January 2010, Mars orbits to the closest position to the Earth since 2007, with the distance 0.664 Astronomical Unit, or approximately 99.5 million kilometers.The next time Mars gets to the comparable distance will be in 2012.

Many astronomy amateurs have pointed their telescopes at the red planet this month. The users of The Imaging Source astronomy cameras are certainly making most of this opportunity too, by recording videos and images of Mars with their DMK, DBK and DFK cameras. Here is a fascinating image of Mars. The author Efrain Morales, no stranger to this community, and has been using DMK 21AF04.AS astronomy camera for years. Efrain took the pictures on 4th of January. 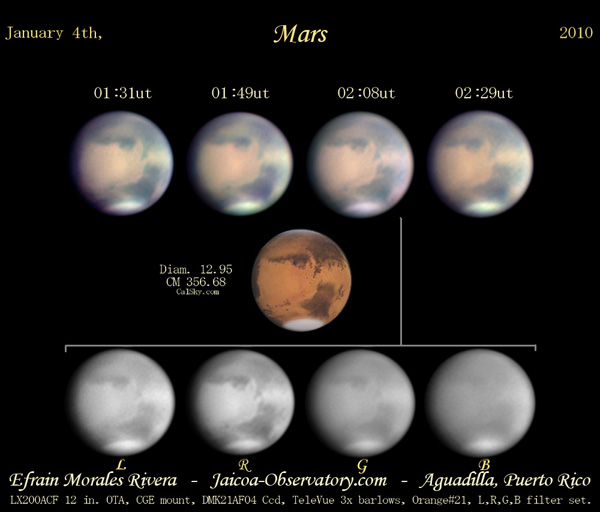 PREV: Sharp View of the Moon