Image of Jupiter and Ganymede

Image of Jupiter and Ganymede

Blogged by Xiao Sun on July 16, 2009 and tagged with Sample Images, Jupiter, Moon.

This Jupiter Image comes from German Astronomy amateur Roman Breisch. Great thing about this picture is not only its resolution of the gas giant, but it is also a good job on icy moon Ganymede, the seventh satellite from Jupiter. 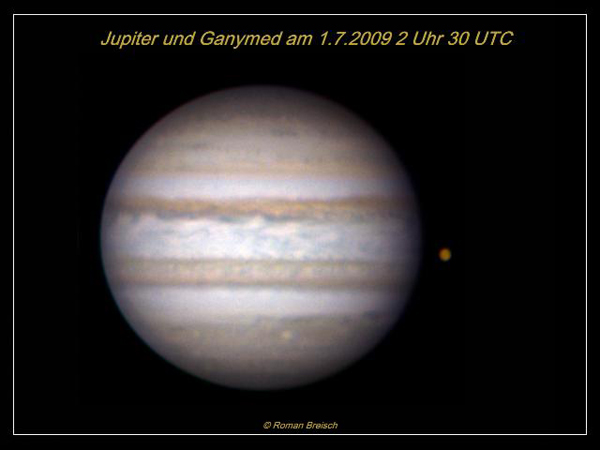 Here is what Roman told us in his e-mail (translated from German):

I took another picture with your DMK 21AU04.AS.