Galilean Moons Occultation and Saturn with Five of its Satellites

Galilean Moons Occultation and Saturn with Five of Its Satellites

It seems that quite a few people were waiting there to capture the rare event of Jupiter moons' occultation. Right after I posted Mike Salway's animation, I received an e-mail from Efrain Morales, no stranger to this community, submitting his excellent work of that moment along with two Saturn images. 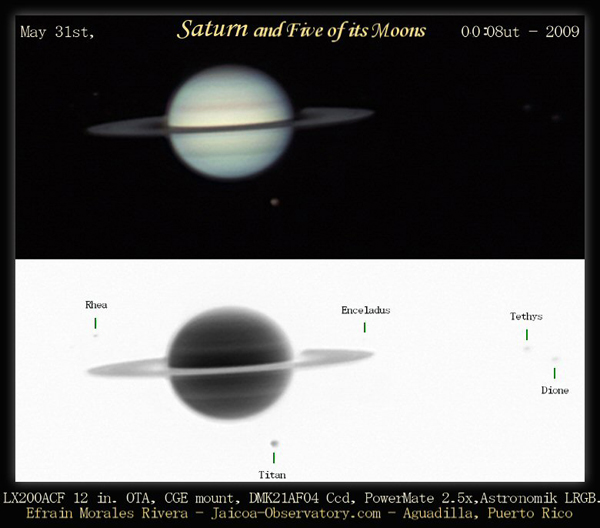 I captured some rare and fine momments on May26th of Jupiter and its moons ganymed occulting io and callisto appearing on the other side of the disc and the grs coming into view. On May31st Saturn was captured with its major moons titan, rhea, tethys, dione and enceladus all on the same fov. The sensitivity of the DMK 21AF04.AS made it possible to capture enceladus one of the dimest of the moons on this group.