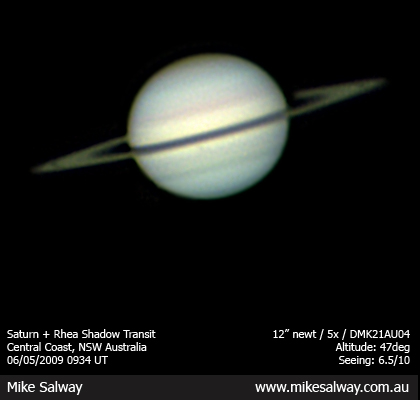 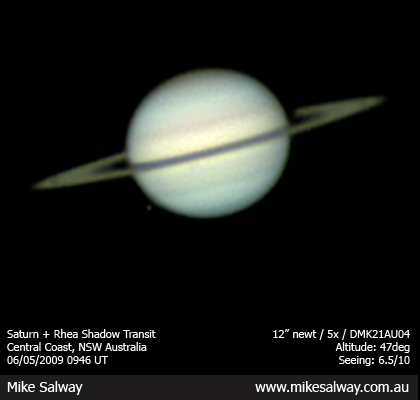 Besides the info at the bottom of the pictures, he told us more in e-mail:

On Wednesday night I captured Saturn in above average seeing - the second time that week! When I'd finished processing the images, I noticed a faint Moon near the edge of Saturn, and a dark feature just under the ring plane.

When blinking between the two images, I saw that the feature had moved, so I check Starry Night Pro planetarium software and found that the small Moon was Rhea and the dark spot on Saturn's disc was Rhea's shadow.

You can see the animation of the two frames below, as well as the 2 colour images.

The difference in brightness between the two red channel images is due to the capture settings. In the first image, I had gamma at 110 and in the second, 120. The blue channel was so faint, I bumped up the gamma to capture all 3 channels at 15fps rather than dropping blue back to 7.5fps.