Blogged by Xiao Sun on June 1, 2009 and tagged with Sample Images, Animation.

Orbiting the Earth hundreds of kilometers away, International Space Station is one of the greatest enginerring achievements in mankind history. For astrophotographers, it is an object that is hard to capture, but its popularity has never stopped growing among members in the astronomy photography community. One German astronomy amateur Oliver Stiehler took some outstanding images of ISS with his DMK 21AF04.AS astronomy camera. 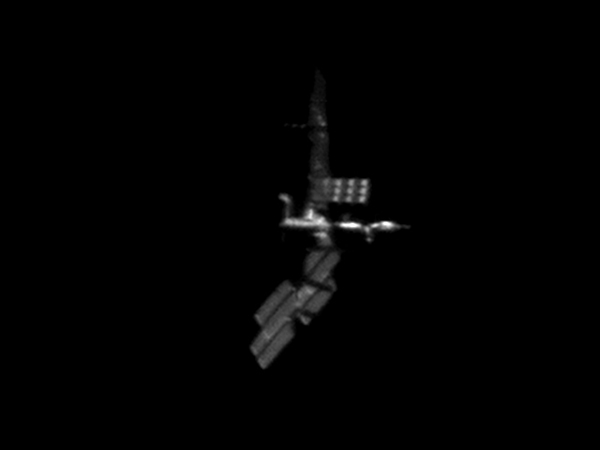 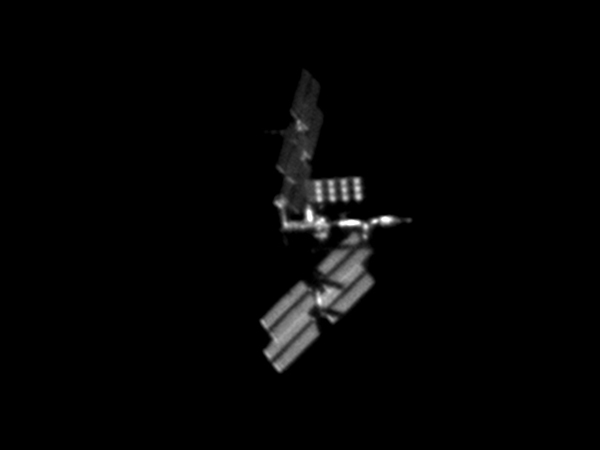 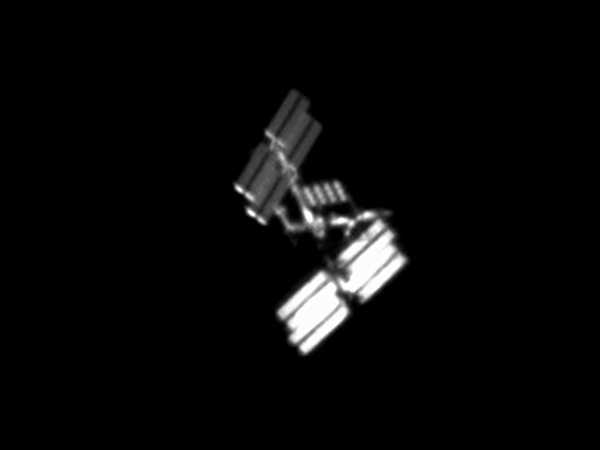 And he sent them to us with the following description (translated from German):

It takes much patience to get a picture of it, because it flies over once 2 to 4 months. Its highest altitude is 54° but even then it is still 430.6 km far away. Each of the pictures shown here was averaged with 20 to 50 frams, which were stacked and aligned in AviStack. This is an excellent software. It clears the turbulence from the picture and makes a clean equalization.

After the equalization, (the images) were sharpened with Registax. Anyone wants the unprocessed frames in compressed video format can write to me (for them).