NEXT: DxK 41 Series Price Down

Blogged by Xiao Sun on May 28, 2009 and tagged with Sample Images, Saturn.

German astronomy amateur Roman Breisch sent us a few images he took with his DMK 21AU04.AS astronomy camera. The Saturn picture and one of the solar images are stunning! 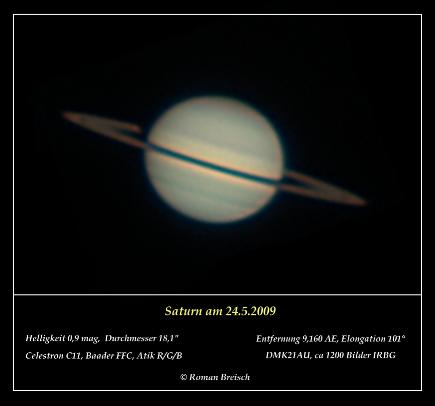 He provided following info on the Saturn picture in e-mail (translated from German): 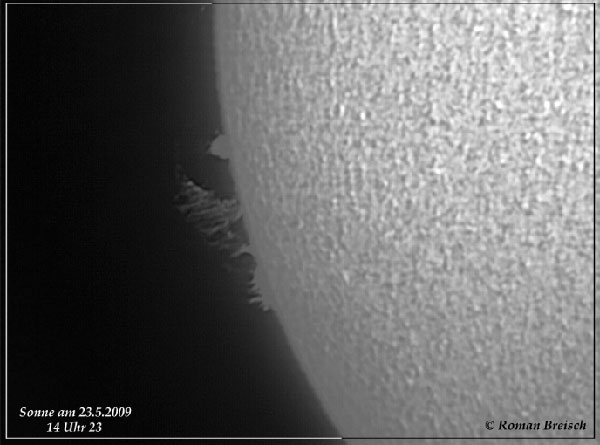 Thank you so much Roman! Well done!