PREV: Spectacular Animation of the Sun

NEXT: The Imaging Source Back from "Ciel En Fête"

Blogged by Xiao Sun on April 10, 2009 and tagged with Community, Mars, Animation.

"Wiederkehr des Mars", or "Return of Mars" in English, is a scientific film directed by Sebastian Voltmer, who is also an astronomy amateur based in Germany. The film contains large amount of Mars pictures that have never been published before, and all these pictures were taken with The Imaging Source astronomy cameras.

Sebastian Voltmer wrote us last week to inform the film's first show on April 12th 2009 in Vienna, as a part of the Yuris Night program.

You can also watch the cool trailer of this movie at http://www.astrophoto.de/WdM_Teaser.html. 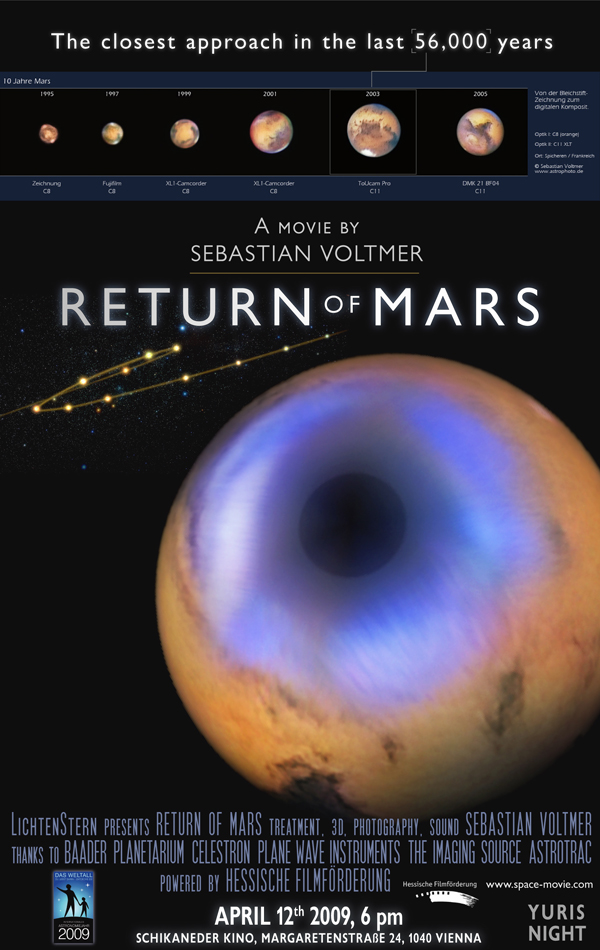 PREV: Spectacular Animation of the Sun

NEXT: The Imaging Source Back from "Ciel En Fête"
-