NEXT: Spectacular Animation of the Sun

Blogged by Xiao Sun on April 8, 2009 and tagged with Sample Images, Moon.

The Imaging Source astronomy cameras are well known for its outstanding imaging quality which many experienced astronomy photographers are making most of in their observation. Meanwhile, the cameras are also very popular among beginning customers because they get pretty satisfying pictures even for the first time.

Christoph Winkler, based in Noordwijk aan Zee Netherlands, took this picture with his DMK 31AU03.AS astronomy camera on 1st of April 2009. 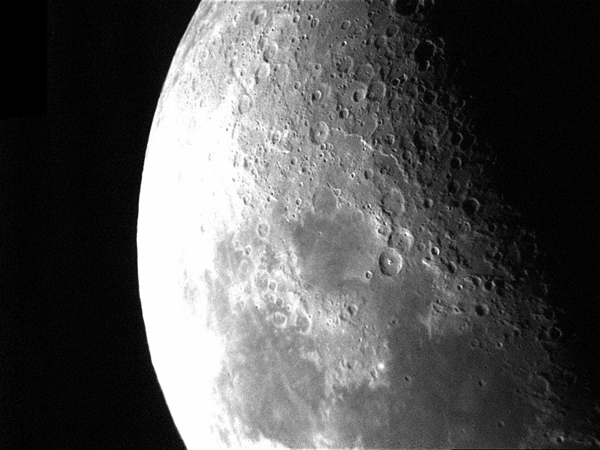 He wrote the following in his e-mail to us:

[...] a picture of the Moon may not be breaking news these days, but, still, I want to send you mine which I took on April 1, 2009, around 23:00 CET in the garden of my house in Noordwijk aan Zee (The Netherlands). The night sky there is rather bright "thanks" to the close vicinity of large cities, and to some lights in the direct neighbourhood. Also, the close vicinity to the North Sea produces some haze, sometimes.

I used my 8″ Dobson, f/4, unguided, in the prime focus with my new DMK 31AU03.AS and a Baader UV-IR cut filter. Just let the moon move through the FOV and collect 350 frames (exposure per frame was 1/2000 s if I remember correctly ?). I am quite happy with the result.

NEXT: Spectacular Animation of the Sun
-