Stuart Thomson: Jupiter And Its Moons

Stuart Thomson: Jupiter and Its Moons

Blogged by Jonathan Maron on July 14, 2008 and tagged with Sample Images, Jupiter, Moon.

Stuart Thomson is an amateur astronomer, based in Australia. This week, he submitted a great image of Jupiter and its moons, which he captured with a DMK 21AF04.AS astronomy cameras, manufactured by The Imaging Source. 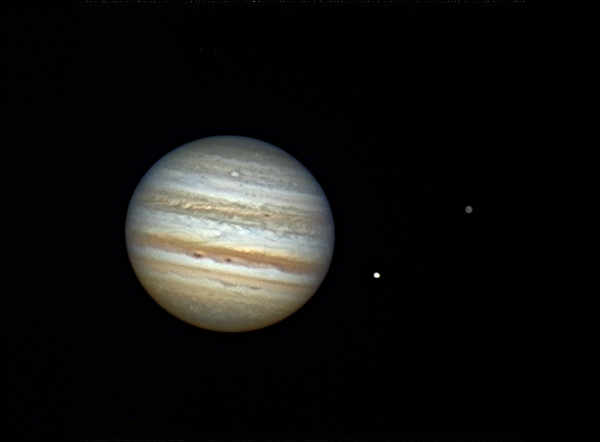 Accompanying his image, he wrote:

Next in line is a 1.25″ flip mirror, straight through goes to the DMK 21AF04.AS camera, which I use for monochrome Luminance capture, I have a light yellow filter inline to reduce the amount of blue (scattered) light reaching the detector. [...]

A great thanks goes out to Stuart for his contribution to The Imaging Source astronomy cameras community.