Blogged by Jonathan Maron on July 7, 2008 and tagged with Sample Images, Moon.

John Kirchhoff is an amateur astronomer, who is based in Hudson, MI, USA. At the beginning of the week, he submitted a couple of Lunar images, which he captured with his FireWire astronomy camera DMK 41AF02.AS, manufactured by The Imaging Source.

The first image is of Vallis Alpes and the second a wide field shot, which he captured on June 25, 2008 and June 28, 2008 (click on the images to see the original version): 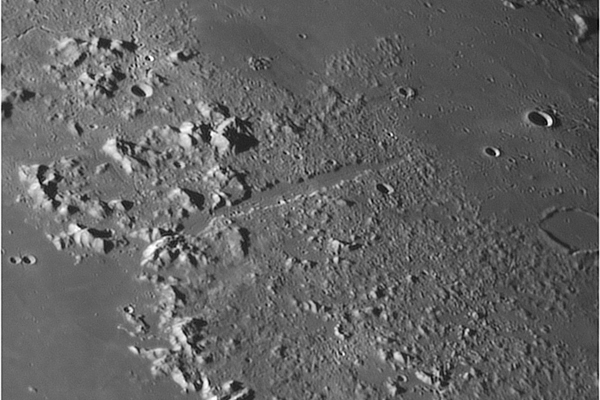 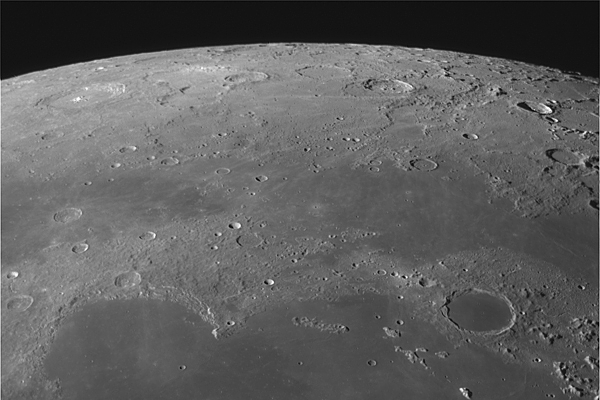 In addition to the images, John wrote:

Attached images were taken with the DMK [astronomy] camera. The seeing conditions were very average at best and I continue to be amazed at how well the DMK's can "beat" the seeing! The widefield shot is at f/10, the Vallis Alpes image closeup at f/25 using a Celestron 235mm SCT.

We send out a great thanks to John for his high resolution images and for his enthusiasm with The Imaging Source astronomy cameras.