NEXT: DMK 21AF04.AS Scores Near Perfect in Sky and Telescope Review!

Blogged by Jonathan Maron on August 29, 2007 and tagged with Press, Sample Images, Moon.

I have just been in contact with Shevill Mathers, who was masterminding the filming of the total lunar eclipse for the Discovery Science Channel TV from his Southern Cross Observatory, Cambridge, Tasmania, Australia.

He writes that the night was a great success after a very windy and cloudy start. Once the Moon rose above the cloud layer it remained clear for most of the event.

A report back from Discovery Science Channel TV indicated 27,000 viewers were online around the world. It was just magic to watch the Moon occult stars in its journey across the sky and to see them so close to the Moon, something only seen during a total eclipse.

The documentary film maker and Discovery Science Channel TV are pretty happy and relieved it is all over and worth all the effort.

A great thanks goes to Shevill for his work with The Imaging Source astronomy cameras in this project.

Below is a high resolution image of the eclipse and a screenshot of the Discovery Science Channel TV web site that streamed the entire event. 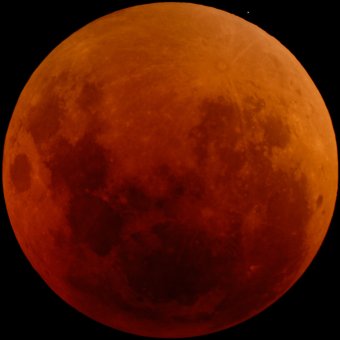 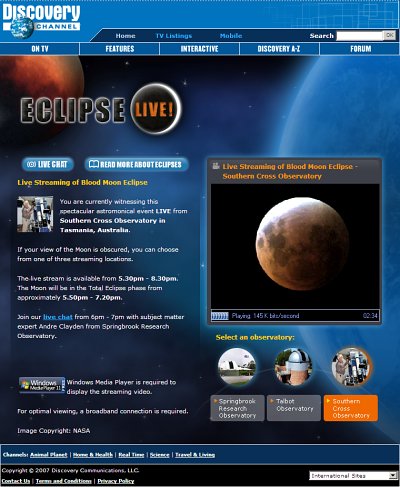 NEXT: DMK 21AF04.AS Scores Near Perfect in Sky and Telescope Review!
-