Blogged by Xiao Sun on December 15, 2010 and tagged with Sample Images, Solar Prominence.

A dopplergraph is a two dimensional record of variations in the doppler shift in light intensity. It describes the velocities of the radiating source towards or away from the viewer.

On 06.12.2010, Jim Ferreira managed to record three Doppler photographs of a solar prominence with his DMK 21AU04.AS astronomy camera. 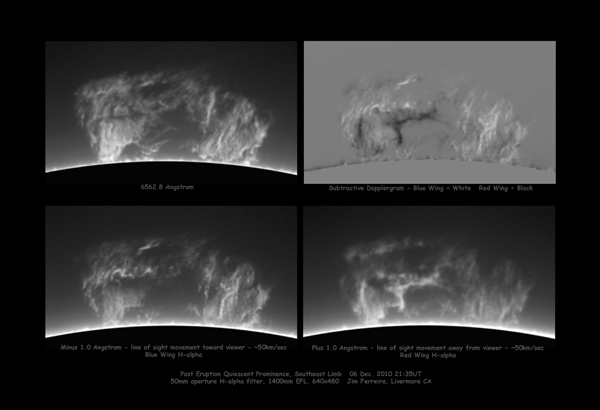 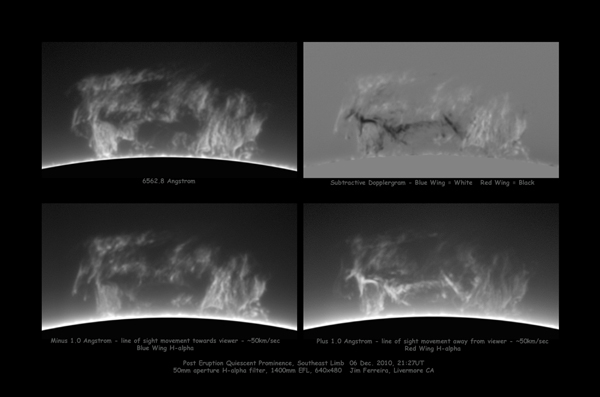 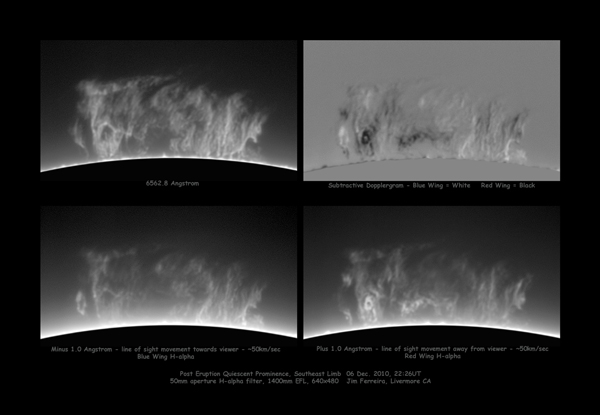 Attached are three dopplergram work ups of the 6 December, 2010 massive quiescent prominence that developed shortly after a major prominence eruption along the southeastern limb.The dopplergrams are produced by subtractively combining blue and red wing H-alpha images.The blue wing image displays plasma predominantly moving towards the viewer line of site, while the plasma in the red wing image is moving away from the viewer line of sight.In reality, the movement is more diverse and density variation of the plasma further complicate interpretation of movement.Still, the H-alpha dopplergram is an interesting means of displaying the dynamics of a solar prominence in a 2-dimensional image.

All of the imaging was done with a 50mm aperture, 1400mm EFL H-alpha telescope system using a USB DMK21 camera.The high resolution and excellent sensitivity of the camera made this project possible with so small aperture an instrument.With the DMK21 my little scope thinks its one of the big-dogs!